Just the other day I spoke a potential client who was interested in obtaining a divorce. Since he had heard horror stories from some of his friends and family, he was dreading the process. However, after I spoke with him I learned he might be able to take advantage of an uncontested divorce for a flat fee. 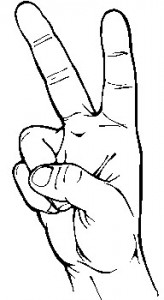 In Illinois, an uncontested divorce is one where the spouses agree on all aspects of the divorce, including the division of assets, child custody, child support, spousal maintenance (alimony), and the like. For a bit more about that, you might want to check out my post “What is an Uncontested Divorce in Illinois?”

The uncontested divorce process is fairly simple, and can generally be broken down into three phases:

By agreeing on all issues, spouses can spare themselves the agony and expense of drawn-out legal battles. Instead of taking a case to trial only to achieve predictable results, spouses in an uncontested divorce focus on other aspects of their lives – as they should.

The possibility of an uncontested divorce highlights the importance of communication and peace between divorcing spouses. But if bitterness rules and spouses are intent  on using the legal system to exact revenge, an uncontested divorce may not be possible. You might want to read my article, “Uncontested Divorce: When won’t it work?“