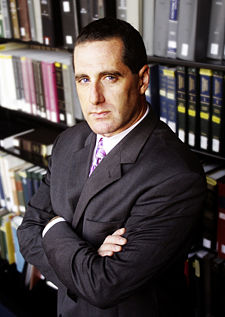 Illinois Uniform Child Custody Jurisdiction and Enforcement Act (the “Illinois UCCJEA”). Chicago divorce lawyer David Wolkowitz believes in informing people that an uncontested divorce is the most economical way to get divorced. He publishes the Illinois Law Gazette, which covers areas of Illinois law including family law, foreclosure, collections, and tenants’ rights.

Previously, Mr. Wolkowitz employed his strategic thinking, negotiation, and communications skills as a consultant, college professor, journalist, and bike messenger. His diverse professional background prior to his legal career sets him apart from many lawyers with a more narrow perspective. Mr. Wolkowitz earned his J.D. (law degree) from Chicago-Kent College of Law, where he was named to the Dean’s List several semesters and took advanced LL.M. (master of laws) classes in family law. He earned a master of science degree from Northwestern University, and bachelor of science degree from University of Illinois at Urbana-Champaign. In 2009, while attending a holiday party, Mr. Wolkowitz engaged (the real) Patch Adams in an argument, and won (handily).