I recently stopped a sale of a home that a bank was seeking to foreclose upon. Why would a Chicago family law attorney get involved in a foreclosure, you ask? As a family law attorney, I become intimately familiar with my clients’ lives. Just as I hate to see people robbed of a proper role in their children’s lives, I also hate to see banks taking advantage of the same people who paid for their bailout. You should know that if you are facing a divorce and a foreclosure, that’s a double-whammy . . . you can contact me, Chicago divorce and foreclosure defense lawyer David Wolkowitz – I may be able to help. Illinois home foreclosure defense is one of my practice areas.

In my recent case, the borrower died, and instead of following the proper procedure, the bank took a shortcut. The borrower’s daughter was my client, and she wasn’t properly notified that the 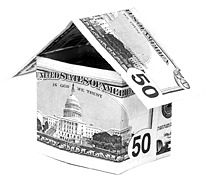 The bank was lazy

The strange part is – the bank didn’t even know the borrower was dead! Despite the fact that the borrow would have been approximately 80 years old when the bank began foreclosure proceedings, the person who was actually served appeared to the process server to be approximately 47 years old. If the lazy bank did any due diligence at all, it would have easily realized the borrower was dead. But instead, the practically criminally negligent banks don’t care, and just want to bring down the hammer as hard as they can.

Divorce and the Home

When working in Illinois family law, I often deal with issues involving homes. For instance, I previously wrote the article titled, “Uncontested Divorce & Marital Settlement Agreements: The Home,” which addressed how a home can be dealt with in a divorce settlement. If you have a divorce and a foreclosure on the horizon, contact me,  Chicago divorce lawyer and Illinois foreclosure defense attorney David Wolkowitz; I may be able to help you move on with life with the least pain possible.